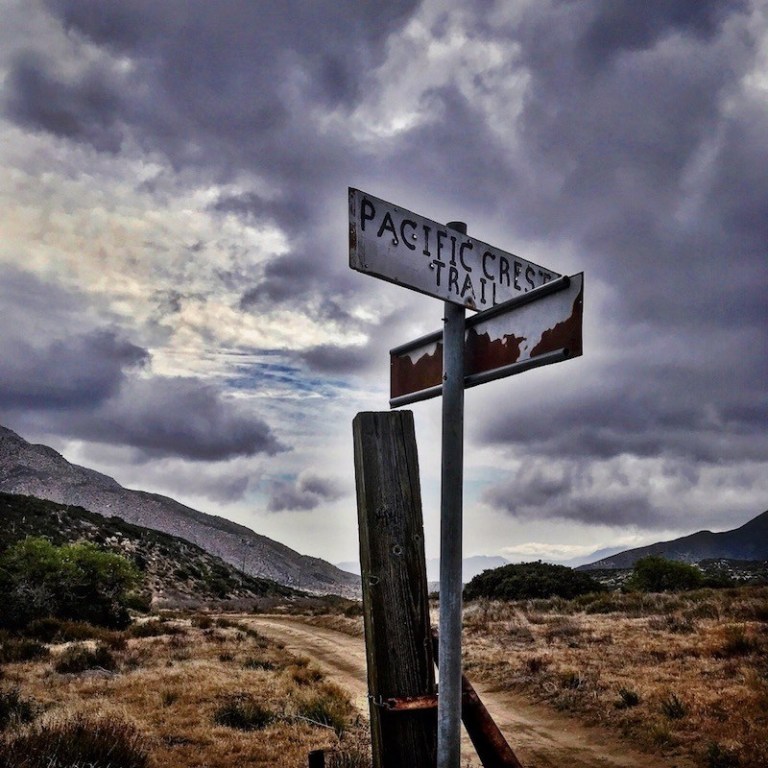 Having a bounce box sounded like a great idea for my 2018 PCT thru-hike. Instead of keeping excessive items in my pack I’d only need in town or further up the trail, I’d use USPS to carry these items for me to the next big town. I did a fair amount of research on bounce boxes prior to my hike. I read blogs written by previous PCT thru-hikers, watched countless YouTube videos, read a few guidebooks and asked a LOT of questions. Since I found quite a few previous thru-hikers had used a bounce box as part of their resupply strategy, I decided to make it a part of mine.

I sent my first bounce box to myself in Big Bear, a little over 260 miles into the trail. I stuffed it full of things I thought I needed along the way like extra clothes, extra pairs of socks, toiletries, laundry detergent, extra vitamins and NUUN tablets. Once I picked up the box, I realized I didn’t really need the bounce box. I could’ve saved money and bought all of the items in town instead.

What is a Bounce Box?

A Bounce Box is a way for a hiker to take items along on an extended backpacking trip or thru-hike without having to carry them in their pack. A bounce box usually consists of a single box and can contain items such as extra gear, extra clothing, non-perishable food, toiletries, medications, copies of important documents and/or any other things a hiker might need or want whenever they’re in town. A bounce box works like this: a hiker picks up the box in town from whichever location they sent it to. They either take things out or add things to the box. Once they’re done, the hiker seals up the box and “bounces” it forward to their next big town stop. 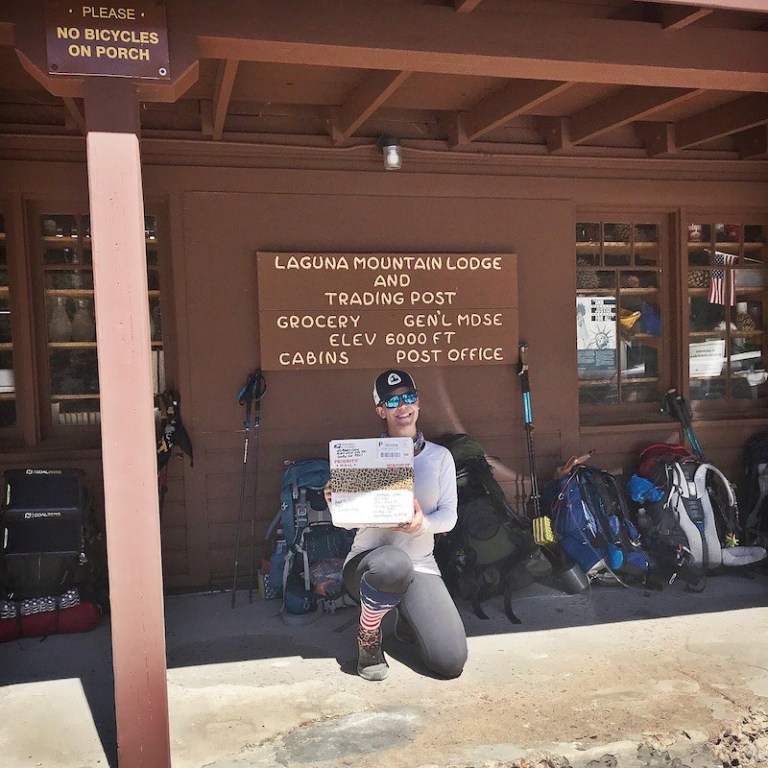 Reasons for Using a Bounce Box

Even though my experience with using a bounce box wasn’t a great one, there are still plenty of reasons why a hiker would want to use a bounce box on a long-distance hike. Bounce boxes are ideal for people with restrictive diets who need access to certain food items that can’t be found on trail, hikers who require access to regular medication or storing gear that might be needed further up the trail. For international hikers, a bounce box can be a convenient and less expensive option for having their extra gear, extra clothes, bear canister and important travel documents handy along the trail without having to pay a lot of money to either have it sent from home each time they need it or sent back home whenever they don’t.

Things to Be Aware of When Using a Bounce Box

Managing a bounce box can be stressful. If the bounce box is being sent to a post office, a hiker might have to modify their hiking schedule around post office hours. Be aware, post offices in smaller towns can have wonky hours. Most post offices either close early on Saturdays or are closed all weekend long. All post offices are closed on all major US holidays.

Managing a bounce box on trail can be expensive. Most thru-hikers use the USPS Priority Mail option. Packages are charged a flat rate, instead of by weight. Depending on the size of box used, sending a box via Priority Mail can range from $13.65 for a medium flat rate box to $18.90 for a large flat rate box. Depending on how many boxes a hiker sends to themselves on trail, the cost of postage can add up quick.

Another thing to consider is where a bounce box is being sent to: business vs. post office. Picking up a box from a post office is always free. Sending a bounce box to a business might be a better choice because of having more flexible hours of operation, but most business will charge hikers a fee to pick up their box. Fees can range anywhere from $5 to $50, depending on the business. There’s usually a separate fee charged for each box picked up.

Sending out a bounce box from trail can also be tough. Be aware of the places along the trail where packages can’t be mailed out. If a bounce box is sent to place that doesn’t allow outgoing mail, you’ll be stuck having to either carry the items or donating whatever you don’t want to carry to a hiker box. 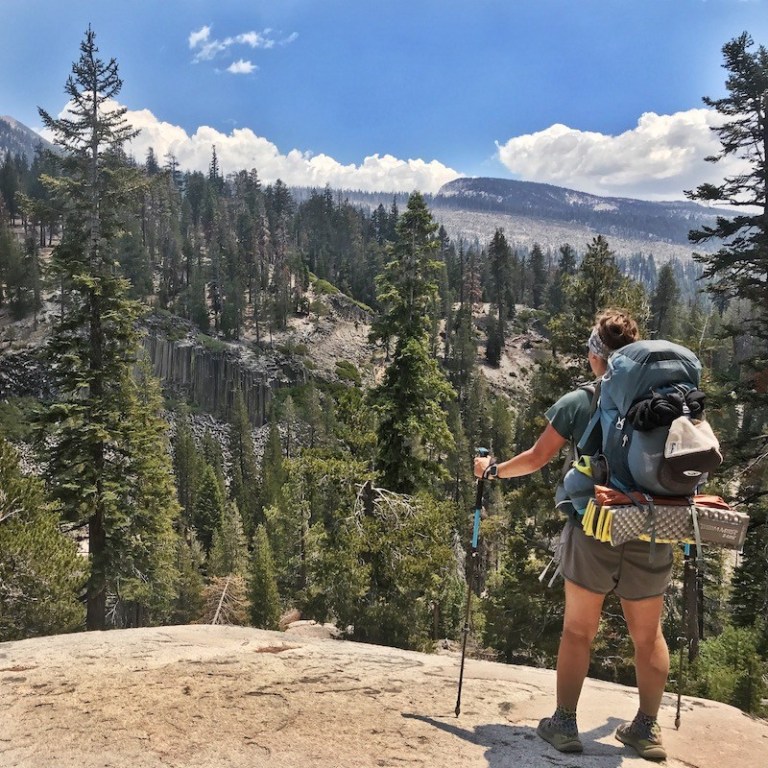 Would I Use a Bounce Box Again?

Remember the bounce box I was supposed to pick up in South Lake Tahoe? Turns out it wasn’t lost after all. A bonus for sending boxes Priority Mail is if they aren’t picked up from the location they’re mailed to within 30 days, USPS will send it back to the “Shipped From” address noted on the box, free of charge. By the time I finished my PCT hike, my “lost” bounce box was waiting for me at home, unopened and undamaged.

Having a bounce box might work well for other hikers, but it wasn’t a great option for me. Even though my lost bounce box was eventually found, I still won’t be using a bounce box when I come back to hike the PCT in 2019. Instead, I’ll save the money, time and headache by shopping for anything I need along the way, whenever I’m in town.

Hi, I’m Kathleen! Trail name is "Token." I'm a former PCT thru-hiker, avid Pacific Northwest day hiker, solo long-distance backpacker and "The Hungry Hiker" on YouTube. I'm passionate about hiking, backpacking and spending time in the Great Outdoors. My goal is to help you get inspired to go outside and plan your next adventure – whether it’s going on a day hike, overnight backpacking trip or thru-hiking a long distance trail for several months.