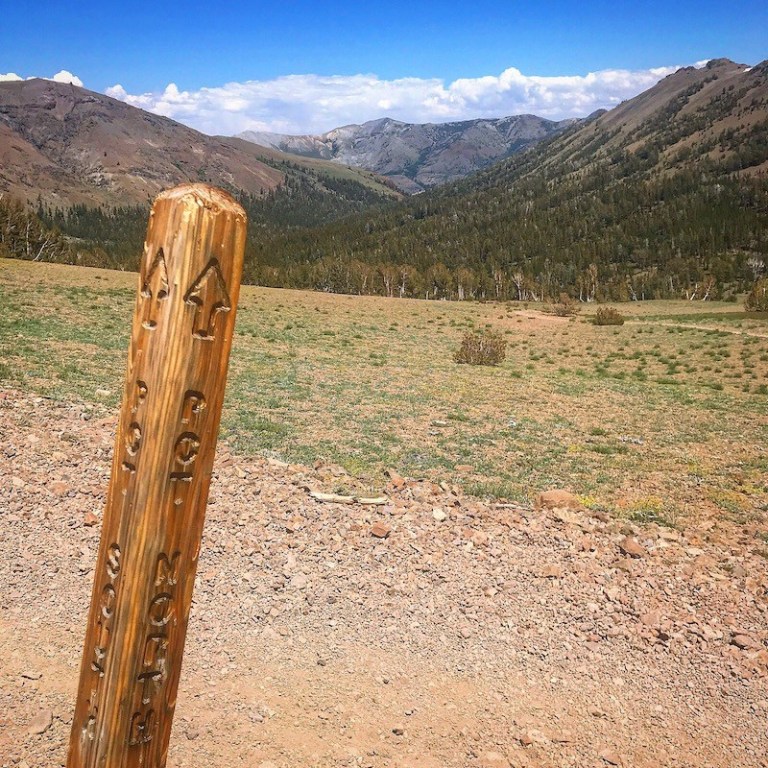 One of the big decisions PCT thru-hikers have to make before choosing a start date is which direction they want to travel along the trail in. PCT thru-hikers are known as either a NoBo or SoBo hiker.

“NoBo” is short for northbound. A northbound PCT thru-hiker will start from the southern terminus at Campo, California along the US/Mexico border and hike north towards Canada. On the AT, NoBo hikers travel from Georgia to Maine.

“SoBo” is short for southbound. A southbound PCT thru-hiker will start from the northern terminus at the US/Canadian border in Washington and hike south towards Mexico. On the AT, SoBo hikers travel from Maine to Georgia.

The direction in which a thru-hiker travels along the PCT all depends on the type of hike they want to have. If a hiker is looking for a more traditional and social hike, they’ll want to travel as a NoBo hiker. If the hiker wants to escape the crowds and have a more solitary experience, they’ll often choose to travel SoBo.

There are many factors to take into consideration when a hiker is choosing the direction of their travel along the PCT. Hikers have to consider things like their desired start and finish date, weather, their hiking skill level, water availability along the trail, resupply stops and access to the Canadian border. 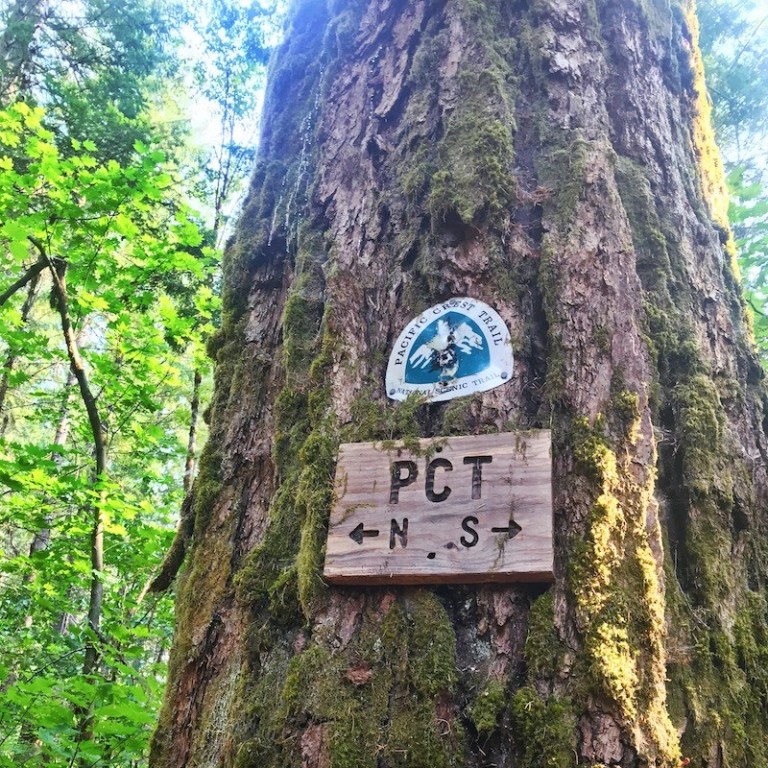 In general. most NoBo hikers start their thru-hike from the southern terminus at Campo, California between March and May. Start dates for NoBo hikers typically depend on the weather in two major snow areas on the PCT – the Sierra (Mile 720 to Mile 1,100) and the North Cascades in Washington (Mile 2,400 to Canada.)

Weather will dictate a NoBo’s “enter the Sierra” date each year, which is usually not recommended to be before June 1st. If it’s an average to low snowfall year, most hikers will aim to be at Kennedy Meadows South (Mile 702) between June 10thand June 15th.

Once in Washington, NoBo hikers should aim to have their hike completed before the first winter snow falls in the North Cascades, which tends to be by October. Winter storms have been known to happen as early as mid-September. Once the snow starts falling in this area, hikers risk hypothermia, avalanche hazards, and a snow-covered trail that’s extremely difficult to follow.

Weather also plays a significant factor in when SoBo hikers start and finish their PCT thru-hike. In general, most SoBo hikers aim to start their hike from the northern terminus between the end of June through the end of July. Start dates for SoBo hikers always depend on the amount of leftover snow/snow melt from the previous winter in the North Cascades and the new snow coming for winter in the Sierra. Once on trail, SoBo hikers generally aim to cross over Forester Pass (Mile 779) by mid-September and reach Kennedy Meadows South (Mile 702) by late September/early October because the first significant snowfall in the Sierra tends to happen in early October. From here, SoBo hikers typically complete their hike at the southern terminus by mid-November.

SoBo hikers aren’t affected by the summer heat like NoBo hikers are in Southern and Northern California, but SoBos do have to be concerned with weather when it comes to starting their thru-hike. Conditions of the trail in the North Cascades will depend on the snowfall from the previous winter. It it’s a heavy snow year, SoBo hikers should anticipate a fair amount of snow travel at the beginning of their hike through the North Cascades. Not only can travel on trail in this section be challenging for hikers, but so can accessing the trail. During heavy snow years, the road to Harts Pass (where most SoBo hikers initially access the PCT from) could potentially be closed through the end of June, potentially causing hikers to start at a later date.

NoBo hikers have the advantage of using the first 700 miles on trail to get their trail legs and get in shape before reaching the Sierra. SoBo hikers don’t have the same training opportunity. Right out of the gate, SoBo hikers are faced with traveling through some of the roughest terrain on the PCT such as steep and dangerous slopes, sometimes covered in snow and often times without footprints to follow. These conditions may require a SoBo hiker to have mountaineering skills in order to navigate through the beginning section of the trail safely.

NoBos tend to have more access to water in Southern California than SoBos do. In the spring, water sources are more likely to be flowing in Southern California than they are later on in the year. Even though as a general rule of thumb, hikers should never rely on water caches, most caches in the desert tend to be stocked during the spring and summer months. The PCT Water Report is also frequently updated with new information from hikers passing through the area.

Many Southern California water sources dry up in the fall, making it hard for SoBo hikers to access water on trail in this section. Water caches in the desert may be closed or tend to be empty during the fall and early winter months. Even campground faucets could be shut off for the season by the time SoBos reach this section. Often times, the PCT Water Report is not updated after the end of June, once the majority of the NoBo hikers have passed through the area. SoBo hikers will need to plan well and be prepared to not have access to a lot of support and very little up-to-date information provided by other hikers.

Most of the popular resupply stops and trail angels are open to NoBo hikers, as long as they don’t start too early in the season. Trail angels and town stops along the PCT are often available during the peak times of the hiking season to help provide thru-hikers with being able to pick up packages, eat, resupply, shower, laundry, overnight lodging and providing rides to and from the trailhead to town and back. NoBo hikers also get to experience a majority of the trail magic provided along the trail. They also get to experience the social aspect of the trail with over 1600+ hikers doing the same thing. Travelling with the herd of NoBo thru-hikers means trail towns will be busy and many of the tentsites could be occupied.

For SoBos reaching many of the Sierra resupply stops later in the season, they risk reaching some of the town stops and trail angels by the time they’ve closed for the season. 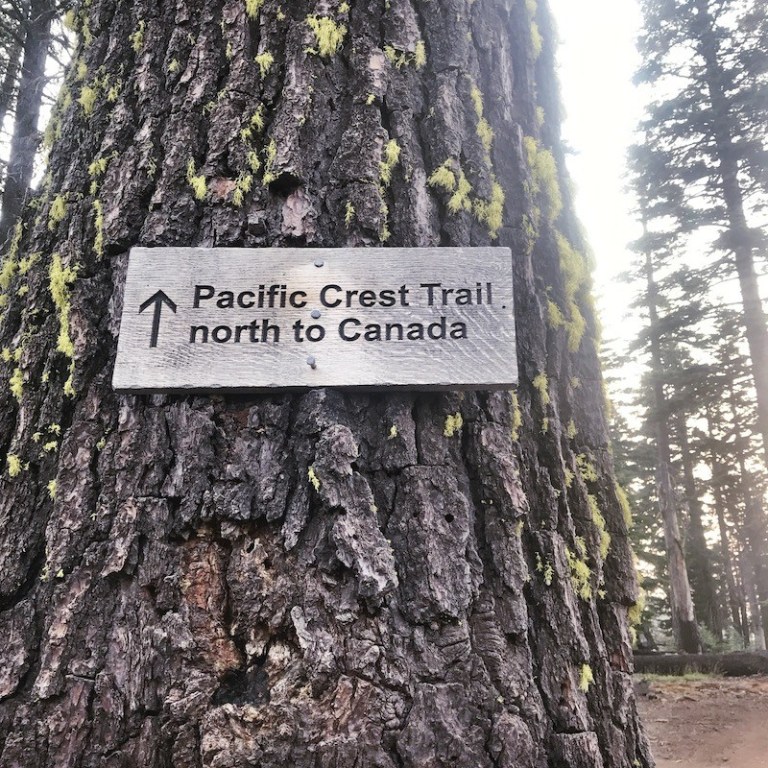 NoBo hikers have no problems crossing the Canadian border from the US at the northern terminus and continuing onto Manning Park via the PCT as long as they have a Canada PCT Entry Permit. For SoBo hikers, traveling southbound from Canada into the United States becomes a logistical problem because its illegal.

SoBo hikers can apply for a free PCT long-distance permit in January through the Pacific Crest Trail Association.

Benefits to Being a SoBo Thru-Hiker

When hiking SoBo along the PCT, there are usually less than 100 other hikers heading in the same direction. This makes for a much more solo and less social hike, ideal for someone looking for more solitude along the trail. People who often travel SoBo along the PCT are hikers looking to start their hike later on in the season once school gets out in late June, making this ideal for students and teachers. Also, for those who are prone to bug bites (such as myself), SoBo hiking is also ideal because there are far less bug problems. Central California and Oregon are infamous areas along the PCT where NoBo hikers tend to experience awful encounters with mosquitos and bees.

1 Comment on NoBo vs SoBo PCT Thru-Hiker – What’s The Difference?

Hi, I’m Kathleen! Trail name is "Token." I'm a former PCT thru-hiker, avid Pacific Northwest day hiker, solo long-distance backpacker and "The Hungry Hiker" on YouTube. I'm passionate about hiking, backpacking and spending time in the Great Outdoors. My goal is to help you get inspired to go outside and plan your next adventure – whether it’s going on a day hike, overnight backpacking trip or thru-hiking a long distance trail for several months.